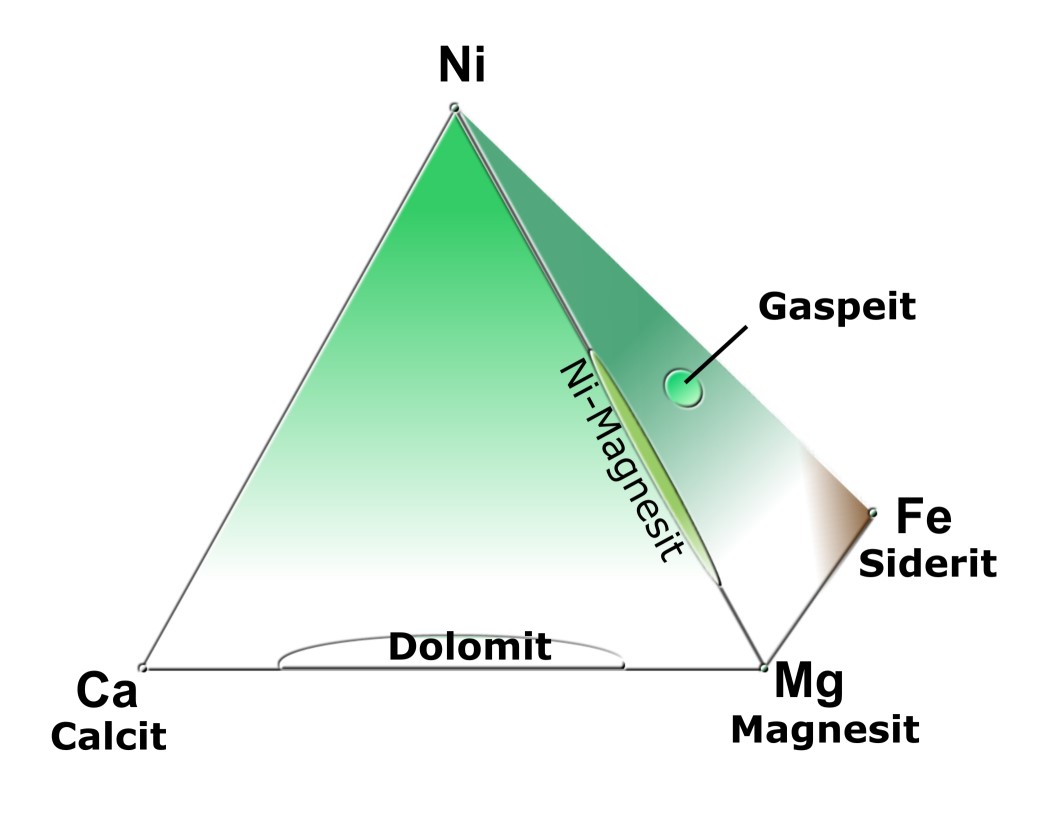 The magnesium carbonate magnesite (MgCO3) in a well-crystallized, pure state is a colorless mineral. As such it occurs quite rarely in nature. Mostly it occurs in large masses or in bulbous aggregates as a rock-forming mineral. The most common color is white or gray, more rarely beige (trade name: »Ivoryite«) or green. Green hues result from the incorporation of nickel or nickel-bearing minerals. 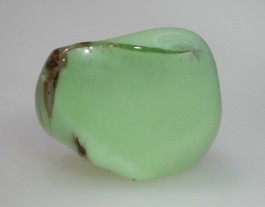 The best known occurrence of nickel magnesite is from the eastern goldfields of the Central Division Mine in Western Australia. The rock was first marketed under the misleading name of "lemon chrysoprase." Today it is marketed as "lemon magnesite". In its highest quality form, the rock consists of light green, partially silicified nickel magnesite with veins of chalcedony or quartz.

The rock is found as nodules and veins in a strongly weathered serpentinite in a belt of ultramafic rocks that stretch from Norseman in the south to near Wiluna in the north. For this reason, the raw pieces often show an outer edge of heavily corroded, brownish serpentine that has weathered to laterite. Now and then narrow, green, partly translucent areas of chrysoprase or green opal are next to it. However, the largest part of this rock consists of a greenish-yellow, opaque magnesite, which is at best interspersed with translucent, colorless veins of quartz. Studies conducted by the Gemmological Institutes of America (GIA) showed that these veins of quartz are indeed colorless and can not be called "Chrysoprase".

Since 1996, when the first large lots had been offered on the Tucson Mineral Show, the demand has increased and the supply of high quality stones has fallen continuously. Since 2004 we have been observing a divergent trend. Initially, yellow-green nickelous magnesite (without Chrysoprase) was offered. After that, a beige, almost white silicified magnesite without nickel was offered under the same name. The material may come from the periphery of the mining areas or from other deposits like Lake Rebecca, the Bulong Goldfield near Lake Yindarlgooda, near the cities Kambalda and Wingellina or sporadically from an area near Yundamindera Station. 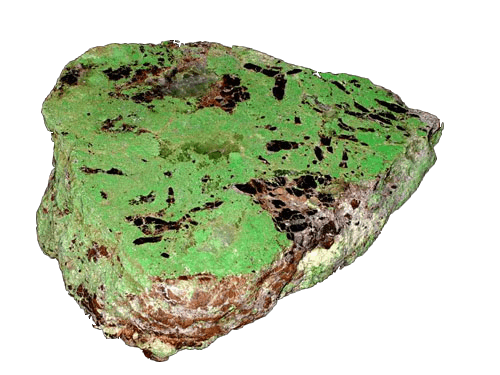 Contrary to a widespread opinion, »Lemonmagnesite« is not identical with the mineral gaspeite. This mineral was named after its discovery site on the Gaspe Peninsula in Quebec, Canada, where it was first discovered in 1977. The world's most important deposit is located in Western Australia, from where the first specimens came onto the mineral market in early 1992 (GRACANIN,1997).

Chemically it is an anhydrous carbonate, with admixtures of nickel, magnesium and iron with the formula (Ni,Mg,Fe2+)CO3. Gaspeite forms a solid solution serie with nickel-containing magnesite (MgCO3) and siderite (FeCO3). This siderite component is completely missing in "lemon magnesite". An elemental analysis by the laboratory of the German Gemmological Society (DSEF) on various "lemon chrysoprase" samples revealed only a trace of nickel, but no iron, in addition to magnesium, silicon and carbon. Because of the lack of iron, »Lemon Magnesite« cannot be called "gaspeite" (HENN et al.,1997). 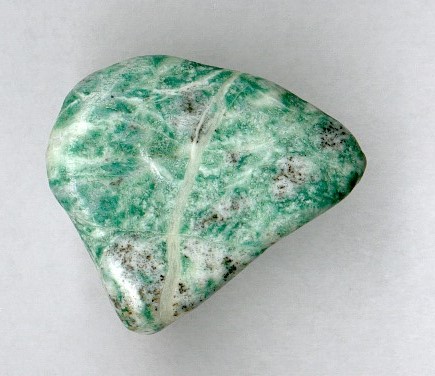 For quite some time now, green-white mottled stones have been on the market, offered under the misleading names "nickelin", "nickel quartz" or "apple jade".

Element analyses by the EPI laboratory showed that these designations are all false. In the samples examined by X-ray fluorescence analysis (EDX-RF), only magnesium, carbon and nickel could be detected. Accordingly, the mineral in question is a nickel-bearing magnesite (Mg,Ni)CO3 (Ni-magnesite for short). Powder of the mineral reacts to 10% hydrochloric acid with weak gas evolution, typical for magnesite.

A possibility of confusion of green-white patterned, nickel-bearing magnesite exists with nephrite- or jadeite-bearing rocks (Fig. 5 - 7).

The acid test with 10% hydrochloric acid serves as a simple way to differentiate. A powder produced by scratching with a hard object reacts in the case of magnesite, slowly but clearly with a drop of dilute hydrochloric acid. Small gas bubbles of carbon dioxide form in the liquid. In the case of nephrite and jadeite-bearing rocks, this reaction does not occur.